The seasons have shifted in both the hemispheres of Animal Crossing: New Horizons, and it has brought some changes. In the Northern Hemisphere, the month of June marks the arrival of summer, and players can indulge themselves in quite a few activities.

The Wedding Season has kicked off that allows players to visit Harvey’s Island to help Reese and Cyrus with their wedding anniversary photo ops. It will last until June ends. Apart from that, a bunch of new bugs and fish are available to catch throughout the summer months.

Additionally, players can also collect a unique seasonal material known as summer shells to craft seasonal DIY recipes. However, there is a catch. For players with islands in the Northern Hemisphere, summer shells are only available during the summer months, i.e., from June through August (Dec-Feb in Southern Hemisphere).

How to get summer shells in Animal Crossing New Horizons?

Summer shells are bright blue in color and appear at random times on the beaches of your island, throughout the day. You have to walk around on your beaches to collect them. However, sometimes these shells could turn out to be rare. But, there is a workaround that could increase your chances of coming across these unique crafting materials.

While walking on a beach, you can try to pick up the other regular shells that have washed up. It will clear out the beach and might increase the spawn chances of summer shells. Apart from that, you can check the beaches frequently and pick up the ones that appear and use them for summer shell DIY crafting recipes. Three months is an ample amount of time, and you should be able to collect an adequate amount anyway.

How to get summer shell DIY recipes?

While roaming around your island, you might spot a balloon floating in the sky. On shooting it down with a slingshot, you might get a summer shell DIY recipe. There is no way to be sure what you will get by popping a balloon; you can only keep shooting those down and hope for the best. Keep your eyes and ears open to spot a balloon! 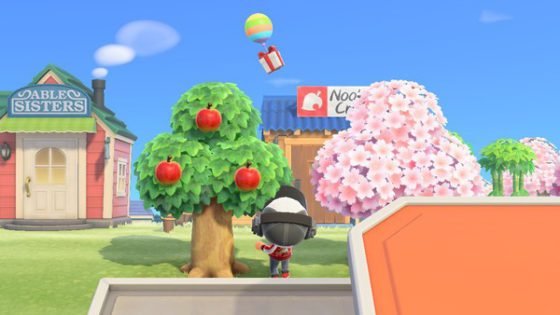 There are a total of eight such summertime recipes to craft using the seasonal summer shells. Here is a list of the summer shell DIY recipes with the materials needed to produce them. 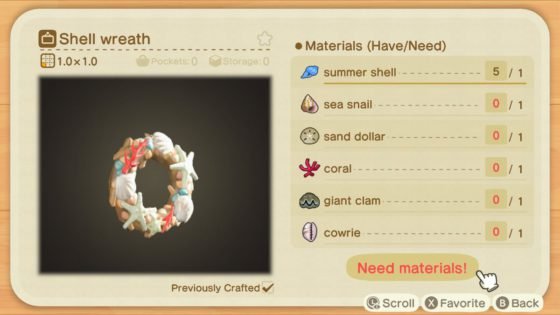 What Type of Drywall Board Is Needed for a Shower?
DiyPro June 9, 2016